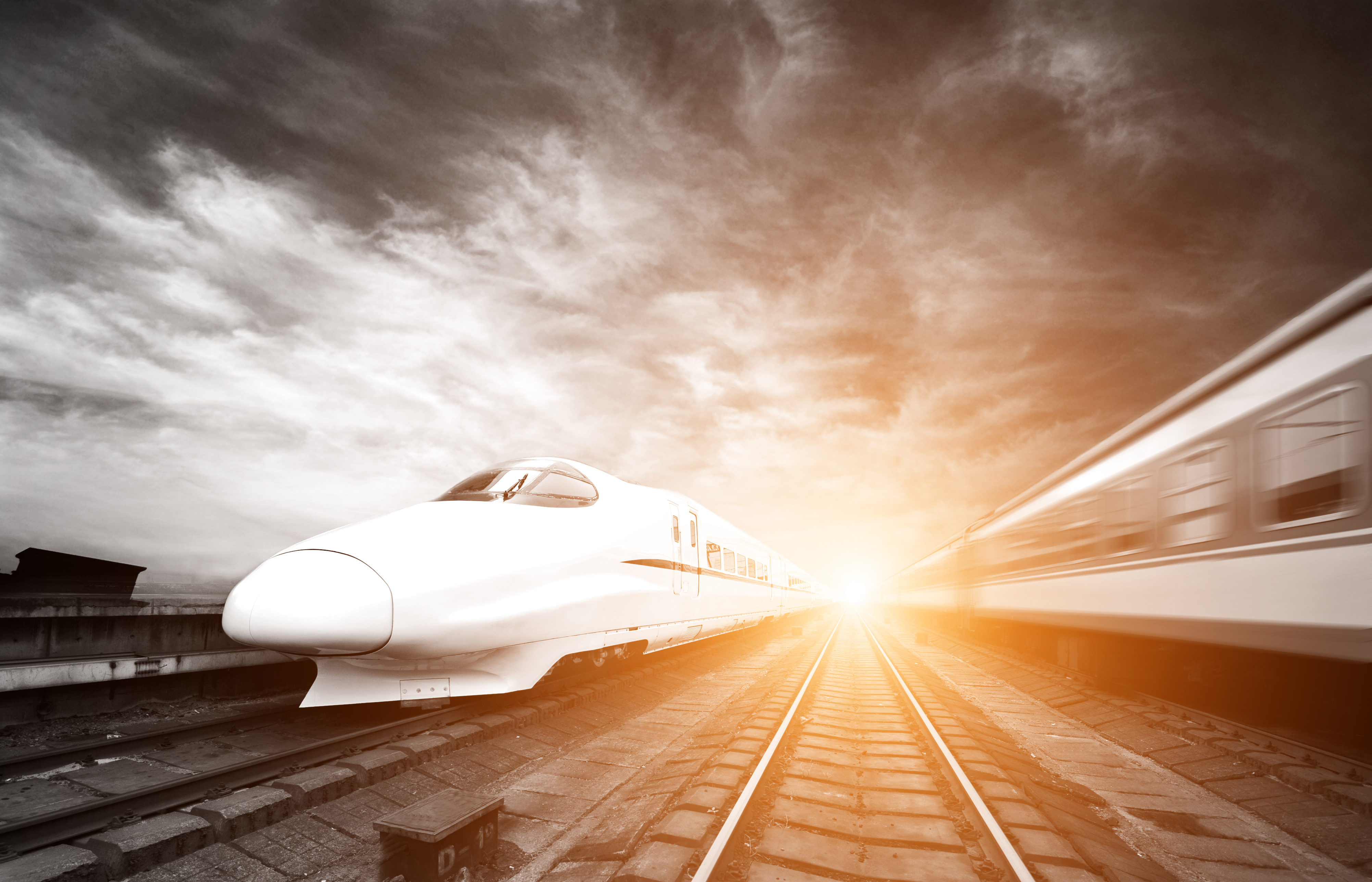 A unique combination of near-100% renewable energy use, attractive financial returns and a rapid solution to Melbourne’s worsening traffic congestion and urban sprawl, are characteristics of a proposed world-first application of high speed rail to commuter transport, featured today at the World Engineers’ Convention (WEC) in Melbourne.

This circa 30-minute total journey compares to current V-line services between Geelong and Dandenong of around one hour and 40 minutes. Some services would include Avalon Airport.  Peak hour services would be every 10 minutes.

HSR projects in Australia and globally to date have focused on an Intercity Model:  linking major cities such as Sydney-Canberra-Melbourne-Brisbane, primarily as alternatives to aviation travel.  However, the investment parameters, huge distances and lengthy construction times have so far proved unattractive.

It will be a congestion buster for Melbourne’s east-west transport corridor, with initial modelling showing HSR replacing 50,000 vehicle trips an hour in peak periods – equivalent to the vehicle capacity of a 12-lane freeway.  This benefits both commuters transferring to HSR and remaining road users, including freight.

The August 2019 Infrastructure Australia audit2 found that even $200bn of programmed new transport infrastructure in Sydney and Melbourne will not stop the cities becoming gridlocked with congestion by 2031, doubling the cost of lost productivity to $38.8b – including $10bn in Melbourne and Geelong.

The MegaRail HSR proposal specifically addresses the two worst commutes in Australia, as identified by the report: Geelong to the CBD via the Princes Freeway/Westgate, with a forecast 120 minutes additional delay each day due to congestion (over an uncongested run time), and Pakenham to the CBD via the Princes Freeway, with a 114 minute daily delay. Peak hour public transport on the corridors exceeds “crush capacity”.

Commuter HSR is a particularly good fit for greater Melbourne and Geelong.  Victoria’s Department of Transport states that over 40% of Melbourne’s population growth in the next 15 years is expected in new developments in the north, west and south-east.  Melbourne’s west is growing twice as fast as elsewhere.

MegaRail HSR would also emit almost zero GHG emissions, as it is expected to utilise close to 100% renewable energy, particularly given Australia’s rapidly-developing surplus in renewable electricity supply.  The WEC paper shows that even using Victoria’s current electricity mix, HSR emissions are about 20% of those for a single-occupancy vehicle. Energy efficiency is also significantly better than traditional rail, with a fully-loaded traditional train consuming around four times as much energy as a fully-loaded HSR train.

The focus is on high service levels to passengers:  16-car trains are proposed to accommodate expected demand, with all passengers seated for comfort, productivity (ability to work whilst commuting) and safety.  Proposed services are frequent and fares are modest compared to international benchmarks; only slightly higher than existing Myki or V/Line service fares.

The paper also reported other benefits of the project, including significantly improved housing affordability and employment opportunities; improved access to health, education and other services; increased tourism access and improved mental health and psychological benefits.

“Not only will people be able to consider buying or renting a home in locations previously considered well beyond an acceptable, daily commute – but industry and services will decentralise to suit new employment and customer catchment areas,” he said. “Professionals could offer their services in Dandenong in the morning and Geelong in the afternoon, with only a 30 minute trip.”

“Intracity HSR will help overcome some of the most significant social and economic hurdles we are currently facing.  It will facilitate urgent reform in regional and urban planning and development, and drive innovation and strategic thinking about how Victoria’s booming population and economic growth should be accommodated, and congestion resolved.  Instead of a 20-lane freeway, we’ll have a pair of HSR tracks.”

The paper noted: “The demand for peak-hour east-west transport services across greater Melbourne is high and expected to grow.  Melbourne’s infrastructure under construction is intended to serve a population of 5 million persons by 2051 (Eddington, 2008)3.  Melbourne’s population, however, has already reached that size and is now projected to be 9.8 million by 2051 (Australian Bureau of Statistics 2018).  Therefore, without further intervention, Melbourne’s infrastructure will be drastically under capacity.  Commuter HSR contributes to meeting demand by maximising the capacity utilisation of scarce east-west corridor space.”

The inclusion of Avalon Airport on the MegaRail service will also support a genuine second airport for Melbourne, giving people living in the western and south-east regions rapid access to Avalon’s domestic air services and its new international services with train travel times4 of only eight minutes from Werribee, 19 minutes from Melbourne and 31 minutes from Dandenong.  Adapting the HSR route to include Avalon, without adding to travel times, primarily involves the addition of express trains, interspersed with all-stopping services.

Property acquisition costs are expected to be minimal, since the intention is to primarily utilise existing rail corridors, incorporating underground rail lines through metropolitan suburbs and above ground rail lines in open, regional areas.

RMIT’s Dr Peter Stasinopoulos said the aim of the WEC paper was to stimulate debate on a topic which is crucial to Melbourne’s future, and its status as a most liveable city.

“Urban and intracity HSR is an innovative application of a proven technology which offers significant benefits to commuters, governments, investors and the wider community.   It solves multiple problems simultaneously – planning, congestion and environmental – and does so in a way which is highly efficient and cost-effective,” he said.

“Australia is the world leader in urban sprawl.  She is well placed to pioneer urban high-speed rail.” 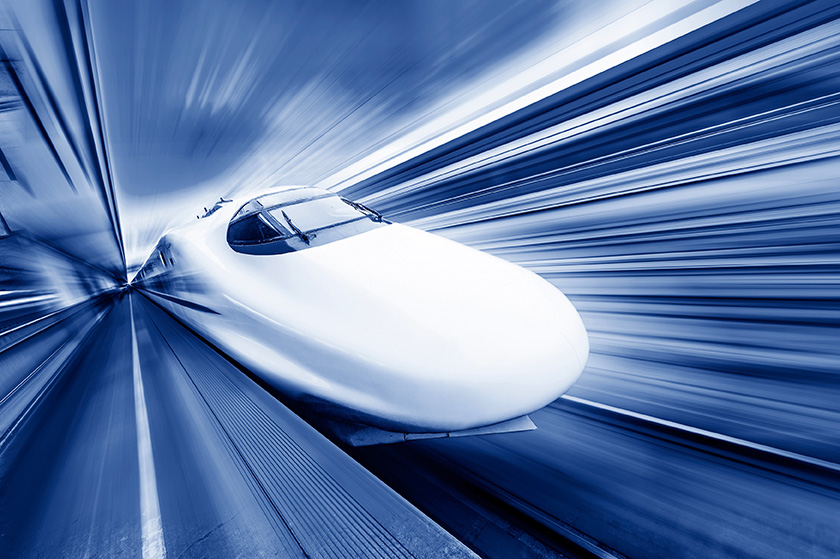